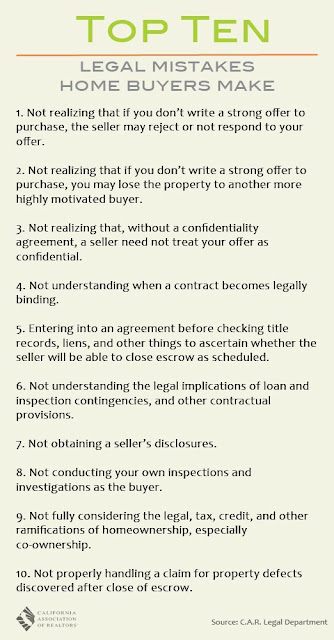 Posted by Unknown at 9:58 AM No comments:

Fewer Borrowers Are Falling Behind!

In March, for the first time since 2008, the number of U.S. mortgages that were behind on their payments or in foreclosure  fell below the 5 million mark , according to a report released Tuesday.

The number of loans in the foreclosure process fell to just below 1.69 million in March, the lowest level in nearly four years, according to Lender Processing Services. That was down by almost 20% from one year ago. Overall, around 3.4% of all U.S. mortgages were in foreclosure at the end of March, down from 4.2% a year ago.
Foreclosures have been falling because fewer borrowers are falling behind on their payments and because banks have been more aggressive about modifying loans or approving short sales, where properties are sold before the bank completes foreclosure.
Another almost 3.31 million loans were behind on their payments in March, with around 1.47 million of those that had missed at least three payments. The level of delinquent loans was down by 3% from a year ago, with around 6.6% of all borrowers in some stage of delinquency, excluding those in foreclosure.
Delinquencies tend to fall in March because homeowners use year-end bonuses and tax refunds to help catch up on their mortgages.
Before the housing crisis, around 5% of borrowers were delinquent on their mortgages and another 1% of loans were in foreclosure. The latest data show that while delinquencies and foreclosures are moving in the right direction, it’s probably going to take a few more years before delinquencies and foreclosures get back to pre-crisis levels.


By Nick Timiraos
Follow Nick @NickTimiraos
Posted by Unknown at 9:50 AM No comments:

This Week Is Zero Tolerance Week On Ventura Blvd

Police in Southern California are ticketing drivers for texting, using a cellphone without a hands free device,  or drivers who are distracted.
April 3-16 will be zero-tolerance week for drivers that aren't following the laws.  There will be no warnings just very expensive tickets. Fines start at about $160 for a first offense . A second offense will cost about $280.

April 2012 saw about 57,000 people in California get tickets for driving while distracted, and about 450,000 people were ticketed during the entire year.
According to federal highway officials 3,300 people died in 2011 nationwide in accidents involving at least one distracted driver.

Surprisingly, adults are more likely to text or talk on the phone while driving than teenagers. Hang up, put the phone away and be safe.

Posted by Unknown at 2:26 PM No comments:

What's My Studio CIty Home Worth?

CLICK HERE TO REQUEST A FREE CMA Studio City Home Values I can't tell you how many times people ask me " What's My S...